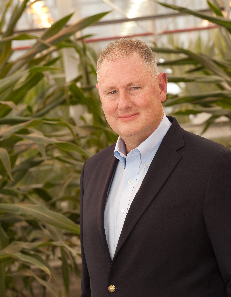 Tim Glenn serves as Executive Vice President, Chief Commercial Officer of Corteva Agriscience, and is a member of the company’s Executive Leadership Team.

Glenn joined Pioneer Hi-Bred in 1991 and held a variety of marketing roles working in seed markets around the world. In 1997, he joined Dow AgroSciences as Corn Product Manager, Mycogen Seeds; and served in key sales and business leadership roles in the Crop Protection and Seeds businesses of Dow AgroSciences.

He rejoined Pioneer in 2006 as Director, North America Marketing. He held other senior leadership positions including Regional Business Director, Latin America and Canada, Vice President, Integrated Operations and Commercial Effectiveness for the DuPont Pioneer business.  In 2015 he was appointed President, DuPont Crop Protection.

Glenn earned his Bachelor of Science from Iowa State University, College of Agriculture, and a Master of Business Administration from Santa Clara University Leavey School of Business.

Tim has a passion for supporting his community and global teams. He is a member of the Board of Directors of the Food Bank of Iowa and serves as the executive sponsor of Corteva’s Global Women’s Inclusion Network.