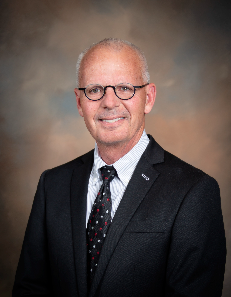 Mike Wells started working in the family business in 1977 as a route driver while working his way through college and joined the Blue Bunny sales force in 1981 upon graduation with a BS in Business Administration from Morningside College.  Early in his management career, Mike held various positions culminating with a series of Sr. management positions which eventually led to his title as COO in 2007.  On November 13, 2007, Mike assumed the role of President & CEO and in October 2021, he assumed his current position as CEO/Chief Engagement Officer of Wells Enterprises.  Mike continues to lead the family’s 100+ year-old privately held company.