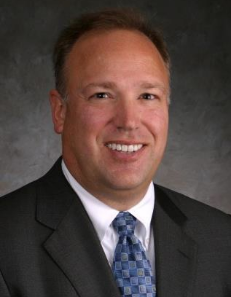 Kevin received his Bachelor of Science degree in accounting from the University of Nebraska and a Master of Science degree in Management from New England College in New Hampshire. Kevin participates locally in community organizations such as the Iowa Business Council and Greater Des Moines Committee. He also serves on the AHA Regional Policy Board, University of Nebraska CBA Advisory Board and the Healthiest State Initiative Board.

UnityPoint Health provides care to millions of patients across Iowa, Illinois and Wisconsin in hospitals, clinics and home health settings. With annual revenues of $4.4 billion, UnityPoint Health maintains strong relationships with more than 290 physician clinics, 38 hospitals in metropolitan and rural communities as well as home care services. Our family of more than 30,000 team members uses shared values to make it easier and more personal to keep health on point, so we can show our people and communities how much they matter.