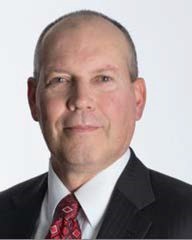 Terry’s 40 years of experience at Alliant Energy have provided a strong and varied background that prepared him for his leadership role. He previously held the positions of Vice President of Operations and Vice President of Generation, as well as a Director of Generation, Sourcing and Supply Chain, Customer Service Operation and Electrical Engineering. His work in Customer Service shaped his views on the importance of meeting customer needs, as well as the Alliant Energy employees who serve them every day.

In 1981, Terry joined Interstate Power Company, which is now part of Alliant Energy. Terry lives in Dubuque, Iowa, and holds a B.S. from North Dakota State University in Electrical and Electronics Engineering. He and his wife, Julie, have four daughters and nine grandchildren. Terry is a member of the boards of the Iowa Utilities Association, the Greater Dubuque Development Corp. and the University of Iowa College of Engineering Advisory Board.